We have own bucket type of ion sources and possible for flat beam processing.

It is used for various type of applications such as MEMS, sensor, MRAM, power devices, high frequency devices and optical devices, and support for manufacturing of main devices of IoT.

When let ion accelerate and clash against material, the following phenomenon such as accumulation, processing or pouring occur.

It is possible to process electronics devices by using those phenomena.

In this way, Ar + ions, electrons (-), and non-ionized Ar molecules coexist and generate an electrically neutral Ar plasma as a whole. 3) Beam extraction from the ion source

By applying a voltage to the accelerate electrode to give a positive potential to the electrically neutral plasma, ions leaking from the hole opened in the electrode, it will fly toward the substrate holder at 0V potential.

Etching is performed by the flying ions hitting the substrate to be processed.

Most materials can be Etched by physically hitting the ions. Therefore, it is suitable for etching multi-layer films and materials that are difficult to cut by chemical reaction.

Also, since only Ar gas, which is normally an inert gas, is used, no exhaust gas treatment equipment is required. 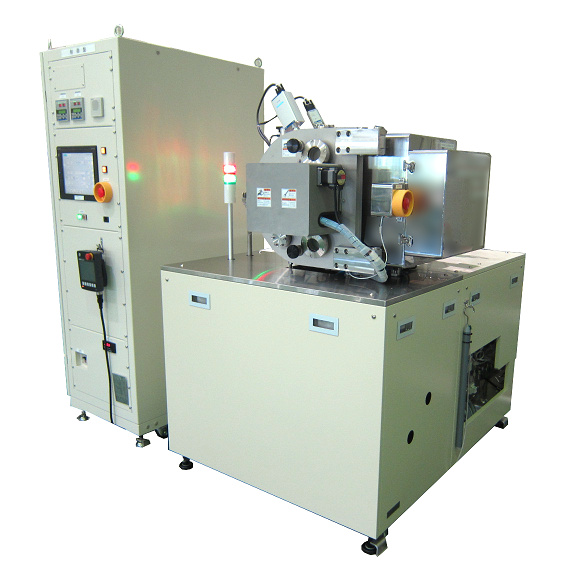 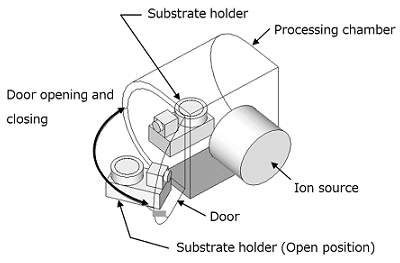 Others and small machine line up A model that pursues more compactness. 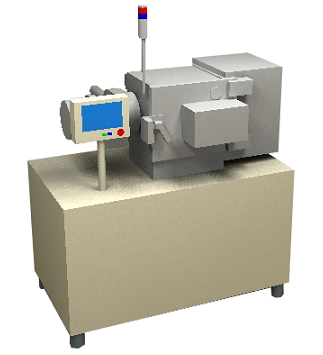 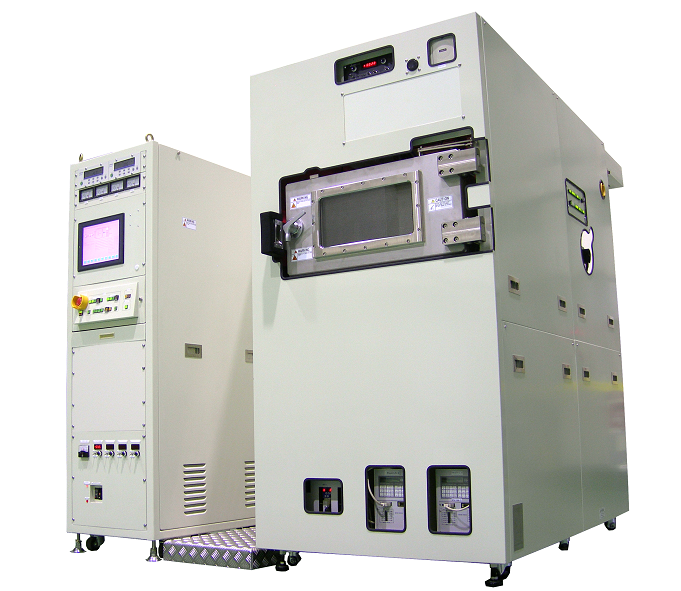 Machine suitable for mass production processing by cassette to cassette. 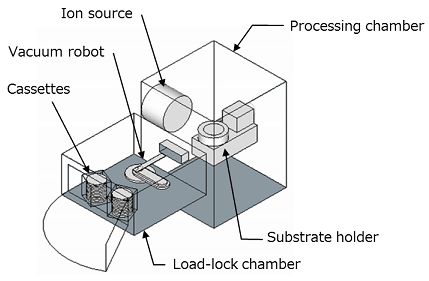 Others and Single wafer machine line up 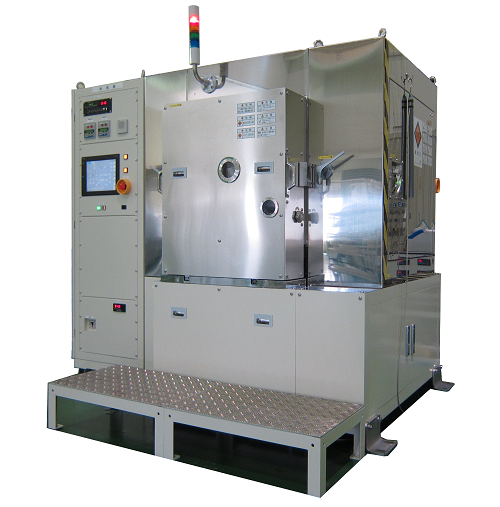 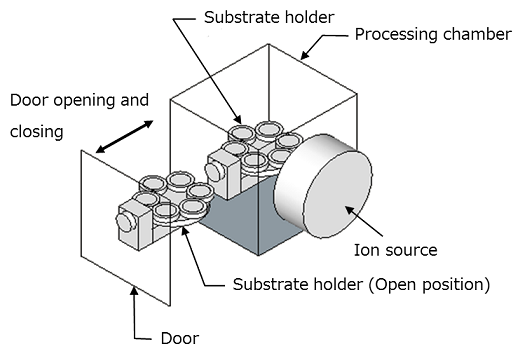 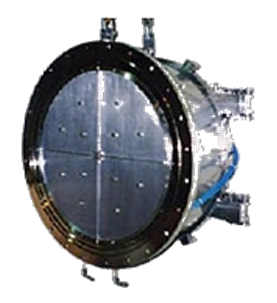 Others and butch machine line up 拡大
Inside image of processing chamber

We offer sample processing tailored to the customer's application free of charge for the first time with various ion beam etching machines owned by us.

We offer contracted processing with various demonstrations of ion beam etching machines that we own.

After purchasing the machine, we will provide maintenance service for customers to use with peace of mind.